Back on December 30, 2011, I posted an entry to the Tucson Murals Project blog about Parque de San Cosme, a new little park south of the city's new fire station complex. Click there to see the great murals at the park.

But there's much more than murals in this little gem. One is that it's close to downtown... and the new streetcar will stop close by. (From the stop, you can hop on your bicycle and cruise the bike path that runs by the park.) Until the streetcar opens for business next year, you can also drive to the park (though the address is listed as 496 West Cushing Street, the park is actually just south of there on Simpson Street). Here's a Google Map with the marker on the spot.


Located near Cushing and Simpson, and next to the little chapel of San Cosme, this park includes a gazebo, a colorful mural, pathways, desert landscaping, orange trees, and a memorial to Barrio Viejo. A historic railroad photo exhibit sits along the pedestrian/bicycle path that follows the preserved El Paso-Southwestern Railroad tracks. The gazebo can be rented...


Update (March 3, 2014): A few photos showing the church, benches, the gazebo, and part of the mural (which you can see better in the Tucson Murals Project entry I mentioned above): 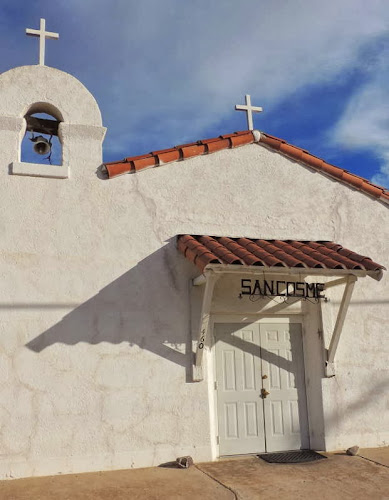 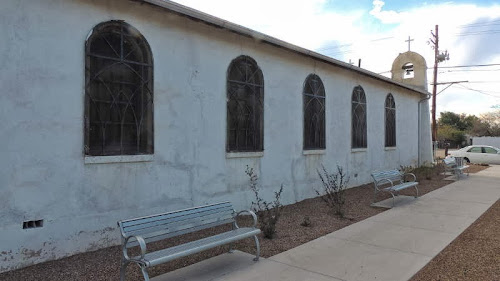 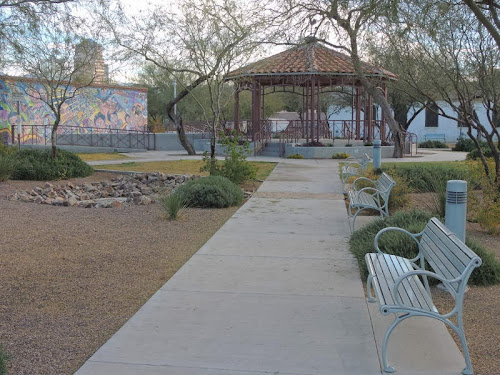 Location: 460 Simpson Street, a few blocks east of the I-10 east frontage road.