Tables, a library, and greenery

On the south side of Arroyo Chico at Malvern — southwest of Broadway & Country Club, along the popular Arroyo Chico bike route — is a pocket park with a Little Free Library. I got the news from the Arizona Daily Star in their October 12 story Fun little libraries popping up in Tucson neighborhoods, and I stopped by to take some photos on October 30th.

One of the tables, shaded by an umbrella, had a box of colored chalk for drawing on the table top: 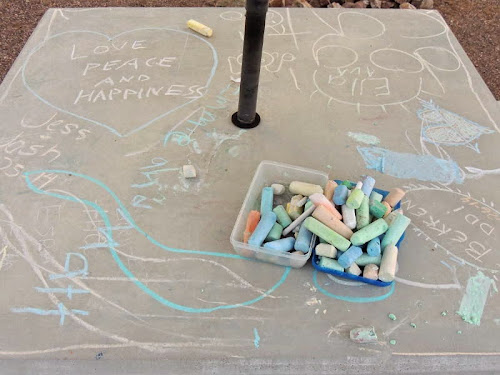 The other two table tops are covered with handpainted tiles... 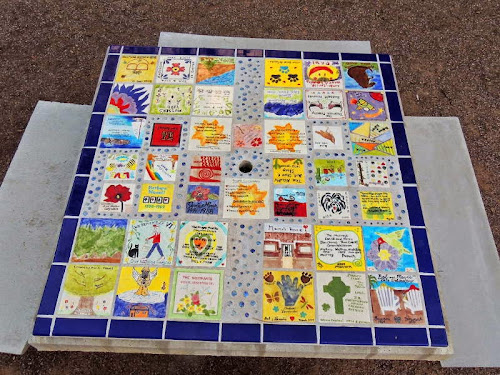 ...and one had a couple of bottles and wands for blowing bubbles: 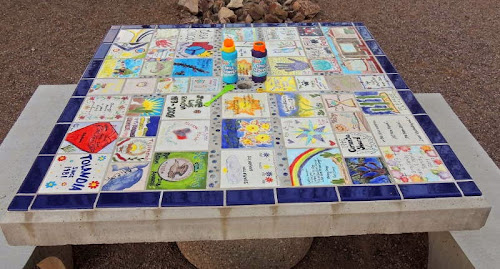 I'm not sure if all of this will still be here when you are, so you might want to bring your own (and leave it for others to use when you go?).

Then, of course, there's the library: 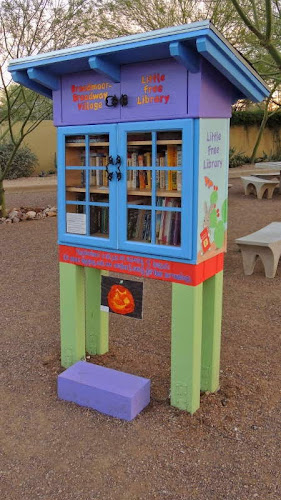 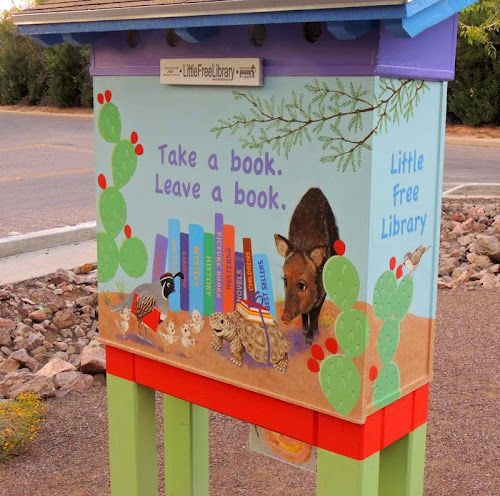 Location: The south side of Arroyo Chico (between Tucson and Country Club) at Malvern

Hours: Daylight hours (as usual, I suggest waiting until 8 or 9 AM for the sake of neighbors’ rest)

Parking: Street parking in the area

Update (August 4, 2016): Today's entry in the True Tucson blog (click there to visit the blog's current front page) has an article Here's one of Tucson's best pocket parks. There are lots of photos.