The University of Arizona campus has lots of surprises scattered around (and in) its buildings. Between Centennial Hall and the south side of the Arizona State Museum — just inside the Main Gate, southeast of University & Park — is a long, narrow memorial to Arizona women. (It's also lined with shady spaces — including benches hidden under cool, spreading trees.) You'll probably see the north end first:

As you can see above, the Youth Plaza is a series of arches supported by columns with curved sides. Each arch describes the women memorialized below it. For instance, the arch inscribed Women Lawyers … Women Leaders has two lists of women's names below it, one on each column. Here's one of the two: 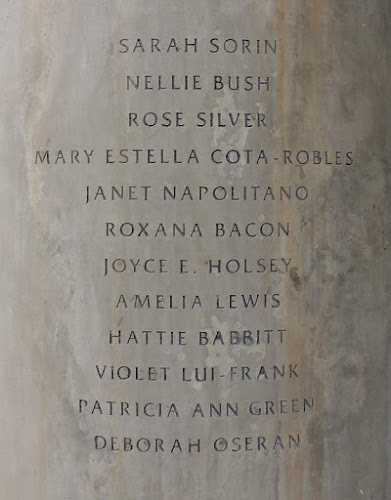 The whole plaza is lovingly documented on its website, womensplaza.arizona.edu. There — among many other things — you can look up an honoree by her name (on the Women Honored list) or see lists of the Youth Plaza arches and the women listed under each (for instance, Women Lawyers … Women Leaders).

The central part, Maturity Plaza, is lined with low walls topped by tile mosaics like this: 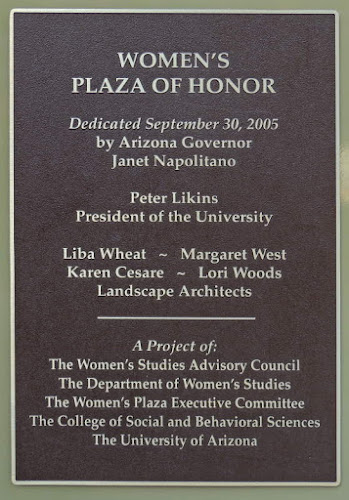