On the southwest corner of Main Avenue and Washington Street downtown is a (currently) empty lot with a sign: 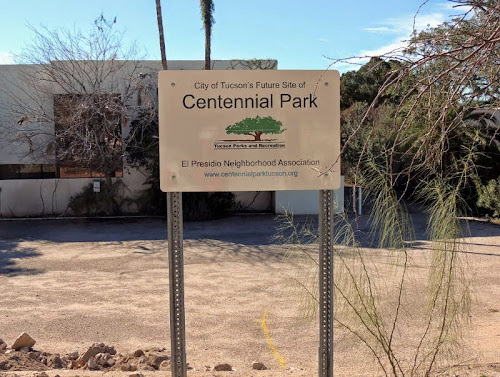 As the website says: “With your help, Tucson's Christopher Franklin Carroll Centennial Park will transform a 30' by 130' vacant lot into an attractive pocket park.” The website also describes gifts from Tucson Water, including an historic plaque, and has a page explaining how you can buy a commemorative brick to help fund this peaceful little parklet downtown, across from the Tucson Museum of Art and Historic Block.

Once it opens, I'll update this entry. In the meantime, if you have news, please leave a comment below!

Update (October 2. 2017): The park has been completed and open for more than a year. There are photos in today's blog entry Christopher Franklin Carroll Centennial Park.

While I was cruising the 2014 autumn Tucson Artists' Open Studios, I found a parklet between downtown and 22nd — at the corner of 8th Street and 18th/Convent Avenues: 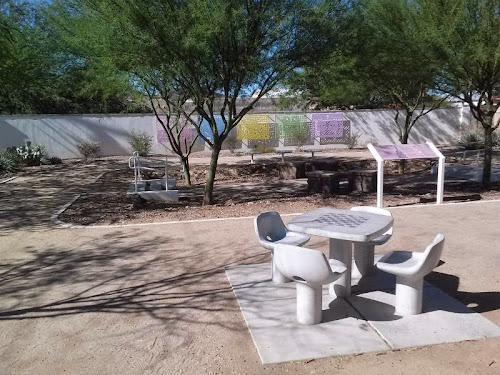 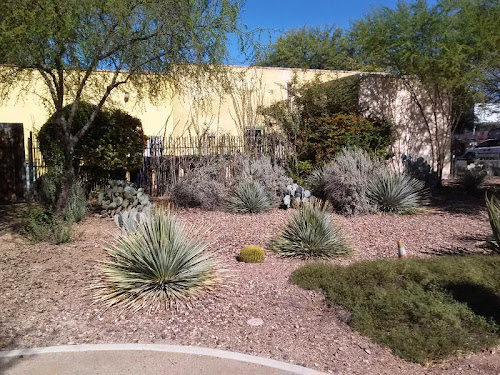 Location: Northwest corner of 18th Street and Convent Avenue (also called 8th Street) (click on the Location link below for a map).

Hours: Nothing posted, but how about 8 AM to sunset? (Neighbors need their rest...)

Update (April 16, 2019): David Aber sent more photos and information. I don't think the shrine was there when I visited five years ago, but maybe I just missed it! 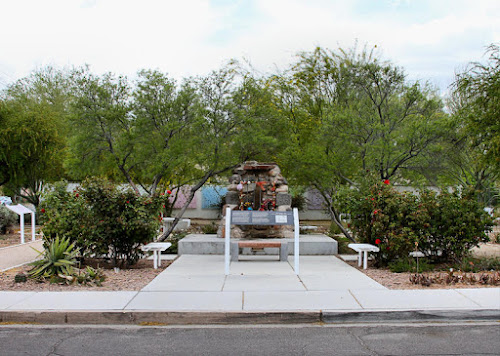 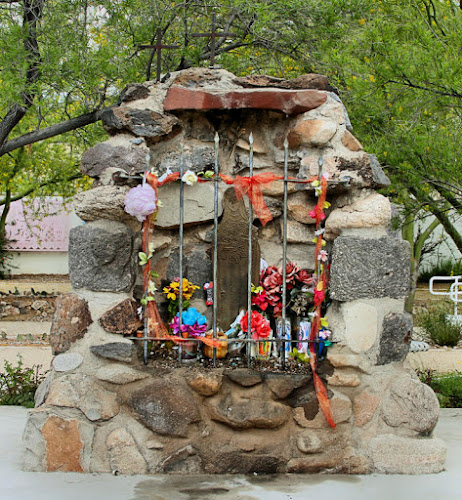 
It's a small park (about 1/4 acre) and here is what Tucson Parks and Recreation has to say:

"In 1981, two young brothers, Orlando and Diego Mendoza, died when a drunk driver ran a stop sign at the intersection of S. Convent Avenue and W. 18th Street, hitting the car in which the two children were riding. Orlando was two years old; Diego was 17 months old. The accident left behind their heartbroken parents, Frank and Mary Mendoza. The rock and concrete shrine was built by neighbors in memory of the two children. Today, this park serves as a quiet respite and a reminder of how precious life is.

The colorful wall adornments in the park are based on papel picado (paper cutouts) used on el Dia de los Muertos (the Day of the Dead) which is celebrated annually on November 2nd. On this day, the memory of departed loved ones is honored by Hispanic families. Dia de los Muertos celebrations are held at el Parque de Orlando y Diego Mendoza in memory of the two little brothers and other children that have left before their time. We can all do our part to honor the memory of Orlando and Diego by not drinking and driving."