This place, squeezed between a street and a parking lot, has been a long time in the making. (Our February 20, 2015 article Coming soon, we hope: Centennial Park(let) shows the empty space.

As the Tucson government page for the parklet says: “Christopher Franklin Carroll, a downtown preservationist, developer, and fourth-generation resident of the El Presidio neighborhood, passed away on July 8, 2013.”

It's a nice place for a stroll — but not a seat because, inexplicably, there are no benches to sit on. (There are benches across the street Next to the Corbett House. You probably shouldn't try sitting on these rocks :)… 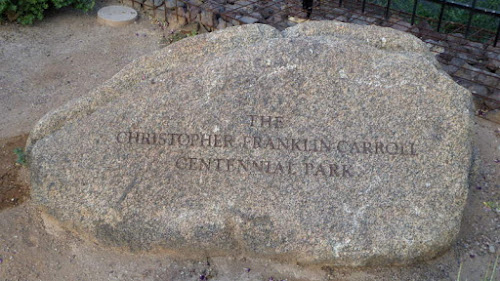 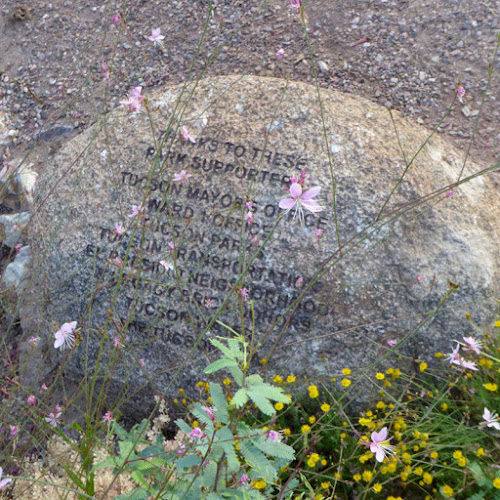 Here's the parklet from Main Street. This is where you enter. (The Paseo Redondo address is at the south end)… 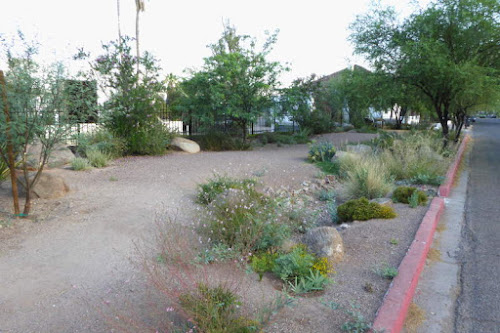 Inside the pocket park are three Tucson history plaques: 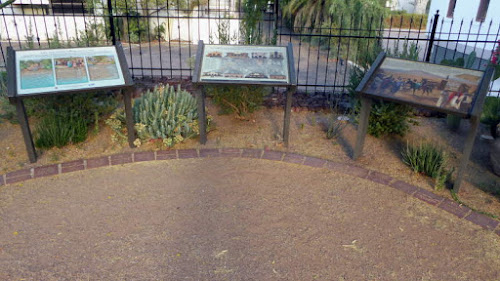 The March 30, 2016 KMOV-TV (St. Louis) story says the park was dedicated on February 12, 2016. The story is at Park to honor Tucson historic preservation advocate.