You've probably seen the brightly-colored La Placita complex as you enter downtown on Broadway from the west. But maybe you rolled right past Plaza de la Mesilla, the remnant of a Tucson landmark standing across the pavement from the Tucson visitors center. What you'll notice most is the gazebo: 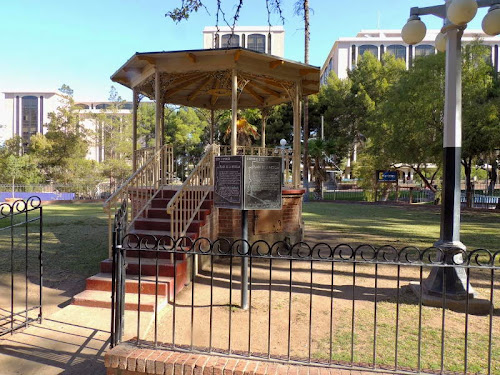 Under the shade of the trees close by are picnic benches where you can cool off and enjoy food from La Placita vendors: 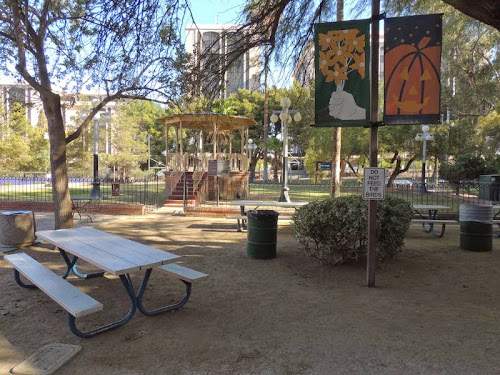 There's more to this story. According to a page on The Arizona Womens Heritage Trail, “La Placita was a communal plaza used mostly by the Mexican and Mexican American residents of Tucson from the 1860s to the 1960s. When urban renewal occurred in the Tucson downtown during the 1960s, a committee, made up primarily of women, saved a small part of the plaza, located near Congress and Broadway Streets.” You can find more on The Historical Marker Database page.

Location: On the north edge of La Placita, just west of where Broadway and Congress merge.

Hours: 24 hours, as far as I know — though most Tucson parks are closed overnight.

Parking: is metered on downtown streets. Evenings and weekends are free (so far).